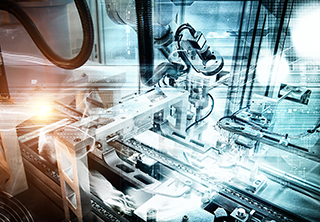 Electrical surge protection in an industrial setting has significant differences from residential, retail, and typical office settings – it is quite literally “no place like home.”

To begin with, the electrical service is different than it would be at home. Residential and non-industrial settings most often make use of single-phase power service at 120 or 240 volts. Electric service in commercial buildings is usually 120/208 volt three-phase power; in larger facilities service may go up to 277/480 volts. In contrast, industrial sectors like critical infrastructure, gas and oil facilities, factories, chemical plants, food processing plants and mining operations have much larger power requirements. In these settings, three-phase power with nominal service voltages of 240, 480 and 600.

The potential impact of industrial surge events is also quite different than it is at home. Damage to residential electronic equipment such as personal computers and entertainment systems can be costly to residents, but usually won’t threaten lives or livelihoods. In contrast, damage to industrial equipment can have far-reaching consequences both in terms of down time and expensive repair and replacement costs. A 2015 IDC survey estimates the average hourly cost of infrastructure failure at $100,000, with critical system outages potentially costing $500,000 per hour. For large manufacturing enterprises, a single hour of downtime can top the $5 million mark.

Management of industrial facilities and operations should be aware that every facility will experience electrical power surges. According to an extensive research survey of 49 cities recently completed in the United States by IBM, an average of 128.3 power-related disturbances occur in a monitored facility every month - an average of more than four power surges per day. While some of these surges are caused by external events and travel into the facility through electrical cabling, experts including NEMA confirm that between 60 and 80 percent of all daily power surges are created within a facility, usually by power cycling on motors, pumps, HVAC systems, and other electrical equipment.

Once the grounding system is assured, the next step is to plan for the use of multiple SPDs to create a layered protection system that will help combat power surges originating from both internal and external sources. For example, A typical industrial facility could specify a Type 1 SPD at the main service entrance as the first line of protection, with either a Type 1 or 2 SPDs installed on distribution panels at several levels within the facility. Engineers often recommend that the power supply to safety circuits on industrial machinery also be protected, advising installation of SPDs on industrial devices like packaging machines, conveyor lines, industrial robotic devices, metal working and forming equipment to name a few. A complete protection scheme will have SPDs located at strategic areas within the plant. Typically, 3-4 levels of SPD will offer the most protection. Critical loads should have on-board surge protection as a last line of defense.

Taking a proactive approach to installing surge protection ensures the security of your data, employees and facility assets during an unpredictable electrical event. Not only will it protect the valuable equipment and systems that support your business, it also protects from the potentially enormous costs of downtime, operational delays, and reputational damage. In nearly every case, the cost of surge protection is small when compared to these potential losses. Ideally, surge protection should be an integral part of the facility design from the start. But over time, changes to the facility and equipment might create a need for a periodic protection and grounding review and update. An industrial facility is not like a residence, but with the right protections in place, the risks from electrical surge damage can be minimized in both places.