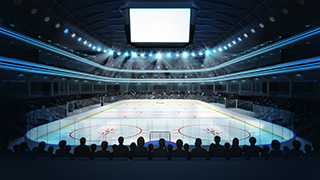 One of the most notorious public venue lighting failures occurred at the 2013 Super Bowl. A partial power outage in the New Orleans Superdome literally turned off the lights during the nighttime game, stopping play for 34 minutes. Fans were confused, the network broadcast was disrupted, and social media buzzed with conjecture. It was discovered several days later that a newly installed relay had tripped, resulting in the power outage, during which only emergency lighting functioned.

The incident created the potential for significant negative consequences. There could have been unrest or even violence between fans in the stands. Attendees, staff, vendors or team members could have been injured due to the dark conditions. Any of these incidents could have created huge potential legal liabilities for the City and the Stadium Commission.

And while this event was not caused by a power surge, it serves to highlight the need to protect LED lighting from any issue that could cause an outage. Electrical power surges and spikes are a primary cause for LED driver failure.

The demand for LED lighting expands among commercial and industrial consumers who are opting for more cost-effective and efficient options to illuminate facilities and critical infrastructure. With the growing movement from global governments to replace incandescent lamps with LEDs, the importance of protecting these investments has demonstrated the need for dependable power surge protection. Lighting is a major consumer of the world’s global energy, accounting for more than 25% of its total energy budget. As a result, LED lighting is replacing legacy light sources such as mercury vapor, metal halide and sodium vapor in outdoor applications.

Though initial costs are high, it is balanced by the ROI that LED lighting delivers. Organizations can expect to recoup their investments through lower wattage demand, less continued maintenance and the lighting device’s extended lifetime. However, these savings – and the associated ROI – can disappear quickly if proper safeguards are not taken. Imagine the dismay of your electrical contractor who discovers a just-completed LED lighting installation suffering substantial fixture outages just weeks after the job. More than likely the cause would show that the drivers powering the LEDs prematurely failed, which is a common occurrence and is usually avoidable with the installation of a high-efficiency surge protector.

Damaging power surges and spikes are caused by everything from dirty power emanating from the utility company to lightning storms. Even internal interruptions caused by industrial machinery or motors cycling on and off can create power issues for LEDs. Incremental surges and spikes that occur over time can also create driver failure. Outdoor LED lighting is susceptible to damage due to the power cables being buried in the ground, or aerial, and thus being more vulnerable to lighting strikes in the vicinity. Because public lighting installations are exposed to the environment, it is crucial that these installations be protected against lightning and over-voltages.

Fortunately for Super Bowl fans and the City of New Orleans, in time the lights came back on and the game was resumed with little-to-no negative impact. However, in the event of any blackout or other event-delaying outage, unruly individuals could create a higher risk environment, with security less able to properly respond. In order to prevent powerful surge events from creating any of these risks, proper surge protection is essential. A large surge can take down multiple systems in a stadium or other facility, causing cascading consequences – possibly even causing cancellation of a game, concert or other event, at a tremendous cost.

The same holds true for any outdoor or indoor environment where high-intensity LED lighting is counted on for safety, security and revenue. Investing in reliable surge protection can extend LED lifetime, decrease risk and greatly reduce overall operating and infrastructure costs.

Contact us for a free evaluation of your project needs and see how we can help!