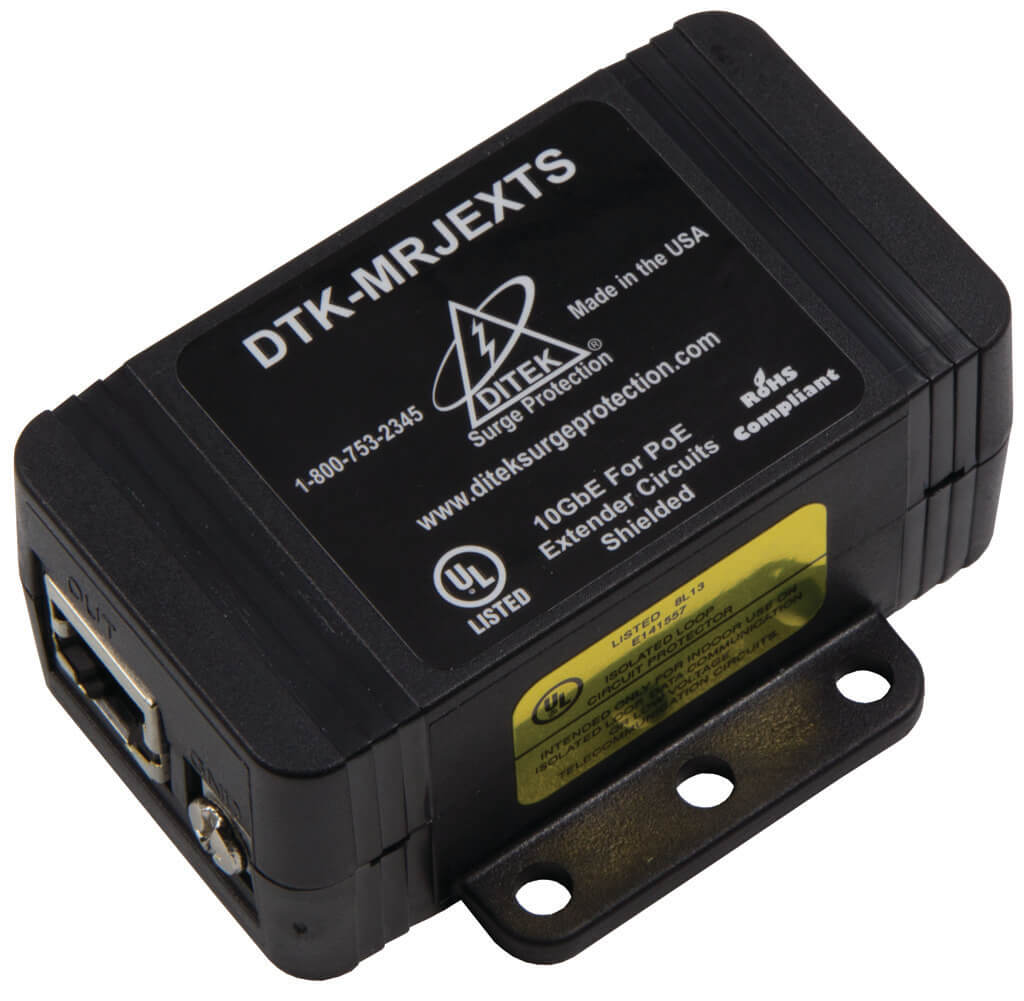 The information age has led to an astonishing number of innovations, including the Internet of Things — a growing trend affecting the day-to-day operations of a multitude of systems including surveillance, security and even systems like refrigeration and telephones. However, the growing trend of IoT devices means a concurrent growth in devices utilizing Power over Ethernet (PoE) technology. While PoE generally provides simpler and more cost-effective installations for networked system devices, it also has downsides. Namely, that a more connected system means more threat from damaging power surges.

A surge that makes contact with a PoE device can cause much more damage than in previous, analog systems. When everything is connected via PoE, there are typically fewer isolated circuits, making it much more likely that a surge will affect multiple networked devices.  Aside from the cost of replacing damaged devices, surges can cause serious downtime on your system, leaving your business unsecured. It is therefore necessary to be proactive and protect your PoE devices with surge protection.

Surge protection should be installed at the head-end as well as on individual PoE devices. Typical PoE range is approximately 100 meters, and sometimes that’s not a long enough distance to cover more isolated locations where PoE devices are deployed, such as outdoor installed security cameras in a parking lot. A PoE extender allows power to be transmitted much farther, depending on the type and quantity of extenders, which also requires protection from surges. Surges can damage PoE extenders and allow excessive current to damage the devices that these extenders enable. In addition, PoE extenders are often utilized when running cabling from building to building — making it possible for a surge that would otherwise be contained within a single facility to travel to multiple buildings. Therefore, it’s critical that surge protectors are installed to protect PoE extenders and the full network of PoE devices they enable.

Tweet
NFMT Conference & Expo 2018
Why Do I Need to Buy a Replacement Surge Protector...