Banks depend on a wide range of electronic equipment and systems to operate. They use the full range of standard office equipment, including desktop computers, phone systems, printers, and copiers, just as all modern businesses do. In addition, they have specialized equipment to perform banking functions, including money counting machines, check readers and printers, and automated teller machines, or ATMs. Banking facilities are also always protected with a set of access control and security systems, including video surveillance, card readers and keypads, electronic locks, and intrusion detection, just to name a few. 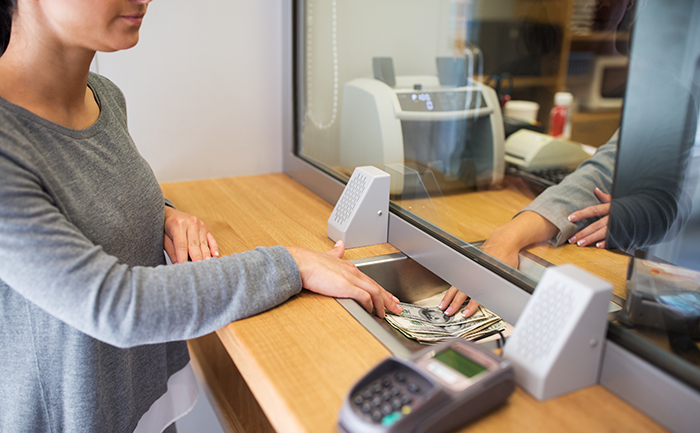 This wide range of electronic equipment, and their essential nature, underscores the dependence that bank branches have on these systems to support normal operations. If any of these essential systems are damaged or inoperable, it could prevent bank staff from processing routine transactions in support of their customers, or at the very least, slow these transactions down significantly. Moreover, disruptions in the electronic storage or transmission of transactional data could delay processing, causing a ripple effect that could spread to related business functions, such as late payments, insufficient fund denials, and similar unnecessary complications that damage a bank’s reputation and frustrate customers. In the worst case, transaction data could even be lost, forcing bank staff to attempt a reconstruction from paper records or exposing the bank to monetary losses, further disrupting banking operations.

This dependence on electronic banking equipment and systems poses an ongoing challenge for bank management. Banks rely upon electronic systems for smooth operations – but these systems, like all sensitive electronic systems, are vulnerable to electrical disturbances and the potential damage from electrical surges. Power surges can destroy an electronic system dramatically, all at once, or they can gradually damage a system a little at a time without it ever being noticed by management until it fails.

Many bank branch managers are not aware how common power surges are, or how damaging they can be to electronic systems. People sometimes think that power surges are only a result of lightning strikes – when in truth small, everyday power surges are far more common. In fact, power surges are often caused by the equipment right inside or nearby the facility, or by unseen events such as switching on the utility power grid.

While every sensitive electronic system is vulnerable to power surges, spikes, and disturbances, the range of banking equipment, and the critical nature of this equipment poses a business risk. This is partly because some systems, such as surveillance video and access control including controlled parking areas, are outdoors and can be exposed to damaging thunder storms. It is also partly because communications antenna connections and data networking cables traverse from interior to exterior areas, providing additional transmission paths for damaging electrical surges.

How to Protect Banking Equipment

Protecting against the potential negative effects of power surges at a banking office requires applying several distinct layers of protection, as described here:

Other possible surge pathways include communication cables, antenna connection wires, and similar signaling and control cables that traverse from outside a building to the interior spaces. Special surge protective devices are designed for this purpose that will stop surge currents while allowing the desired data and signals easy passage.

Most people are surprised to learn that many daily surge events are generated from within the building or facility itself. Common sources such as HVAC systems, generators, pumps, copy machines, and other powerful electrical equipment often generate surges when they switch on or off. If any of these systems are present within the bank facility – and they almost certainly are – adding surge protective devices at these surge sources can minimize their effects on other sensitive electronic systems.

If a system is particularly important or sensitive, it also makes sense to provide surge protection directly at the point of use. A good example of this is the ATM machines, which are one of the only mechanisms available outside of bank office hours to accomplish physical transactions, such as depositing or dispensing cash, depositing physical checks, among other needs. If these machines become inoperable, customer frustration will increase rapidly, triggering dissatisfaction and potential loss of business. A wide range of suitable surge protective devices and uninterruptible power supplies are available to meet the needs of ATMs and any other critically important or sensitive equipment.

Installing surge protection as described in steps 1-4 is the right approach, but managers must be aware that surge protection will deteriorate over time and will eventually require replacement. To ensure that sensitive systems remain protected, implement a periodic review of all the installed surge protection systems and replace any unit(s) that are no longer functioning. In particularly sensitive locations such as fire alarm systems, an alternative approach may be possible using surge protective devices with built-in alarm functionality to alert staff when protection is compromised, such as DITEK’s Deflector Series.

DITEK provides surge protection solutions that are ideal for professional installations at banks and all kinds of financial offices. A full range of application-specific models are available; designed for ease of installation, effectiveness and made in the USA. Contact us for a free evaluation of your current surge protection status!

For more information on our products and services visit www.diteksurgeprotection.com