When it comes to securing the nation’s critical infrastructure, airports are among the most challenging facilities there are. This is due to their complexity of operations, open public spaces, multiple vendors and the tremendous foot-traffic they experience daily. All of this creates a critical mass that demands a level of security unlike any other public facility. The focus on enhanced safety is reflected by the burgeoning airport security market – predicted to grow at a 9.3 percent clip annually until 2023. 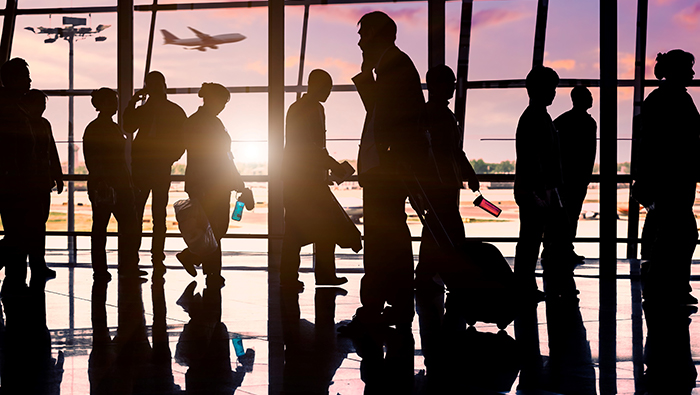 With passenger and staff safety a priority for any major airport, having the ability to protect and monitor ingress throughout the facility and in restricted areas is mandatory. It is no wonder that an airport’s access control system is at the very heart of its security technology strategy. Electronic Access Control systems (EAC) not only protect sensitive areas within the airport like the command and control centers, baggage handling areas, data centers and the vast retail and hospitality corridors, but EAC systems are also key security links controlling access to tarmacs, electronic equipment bins and the control tower.

One of the most devastating events any airport security system can encounter is a damaging power surge. While the typical power surge is brief and minor enough that it can go unnoticed, however, the reality is that even a small event can prove extremely dangerous to access control systems and other key electronics. The resulting damage can impair equipment and knock critical access control systems off-line. Everyone in the security industry recognizes that system downtime can be costly and risky.

Example: A large regional airport in the Southeastern United States that provides service to more than five million domestic and international passengers a year had recently upgraded its access control system to improve its overall security. Management installed the new EAC system to 144 access points in the airport’s secured areas. However, shortly after installation, the airport began experiencing access control panel and card reader failures.

Lightning activity was not the main cause of failures; static generated by dry winter air was forcing controlled doors to malfunction, causing damage to their internal circuitry.

Airport management had to pull personnel from other areas of the airport to guard vulnerable areas until the access control system was repaired, reducing the overall physical security of the airport.

During this incident, the airport secured areas were NOT secure, simply because the access control system had no surge protection.

Airport management brought DITEK technicians in to conduct a site survey and assess the system vulnerabilities. Following the evaluation of the access control system, surge protection was recommended for each controlled door panel and DITEK surge protection was immediately installed.

Both airport management and the system integrator learned that the cost to install appropriate surge protection is insignificant compared to the considerable expense of system failure. This type of failure can result in downtime, along with the potential expense of hiring and adding manned protective services. Even more, an incident like this can expose the airport to potential liability issues.

The airport has had no further reports of malfunction or damage to their access control systems since surge protection was installed.

For more information on our products and services visit www.diteksurgeprotection.com