When Lightning Strikes Your Office 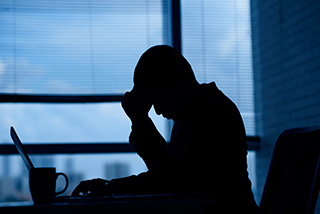 Each day, millions of workers in office buildings around the world use a wide range of electronic equipment to perform their jobs, including laptops, desktop computers, phones, printers, alarm systems, scanners, projectors, and more.

Technology has created many benefits for today’s businesses, including faster communication between devices, integrated usage and optimized operations. It allows us to accomplish everyday office functions efficiently and effectively, while keeping staff connected to suppliers, customers and their sales team. However, with these benefits come new dangers to your operations.

While electrical outlets provide power, they are also susceptible to lighting strikes – and there are more than 20 million cloud-to-ground lightning strikes in the U.S. each year. More common, however, are power surges and spikes that go mostly unnoticed every day. These temporary and instantaneous events exceed “normal” electrical line voltage, and can cause serious damage to anything plugged into those outlets, including sensitive office equipment.

The result can be a spike in the supplied power that is well above a device’s normal operating voltage, and that can cause an arc of electrical current within the appliance. When this happens, the heat generated in the arc can cause damage to the circuit boards and other electrical components. Data can be lost, expensive equipment may need to be replaced, and the most costly effect can be downtime that results in lost productivity or lost customers.

Conventional fuses and circuit breakers do not guard against surges. Surge protective devices (SPDs) need to be installed on every electrical pathway to ensure that critical business equipment is guarded from damaging surge events.

Yet, what happens when the SPD has reached the end of its useful life? How often can management send someone around to every closet and equipment room to check every single surge protector? The moment that person turns away from an apparently operational SPD, an unnoticed small surge could end the life of the device, leaving the system fully at risk.

DITEK has taken surge protection even further to ensure that SPDs are working correctly and to remove the guesswork out of the entire process. DITEK’s Deflector SPD lets you know in three distinct ways when it requires attention. This virtually eliminates the problem of an SPD becoming non-functional without you realizing it.

Each Deflector Series Surge Protector features dry contacts for external notification, and an LED health status indicator that flashes and sounds an audible alarm when the module needs to be replaced.  Thanks to the use of rapid-replacement modules, it is possible to have the unit up and running again in only a few seconds.

You can’t prevent power surges in your office, but you can minimize any damage to your critical equipment by using surge protection, especially brands that provide the highest levels of protection against power surges, equipment failure and costly downtime.