3 Reasons to Offer Voltage Monitoring to Your HVAC Customers 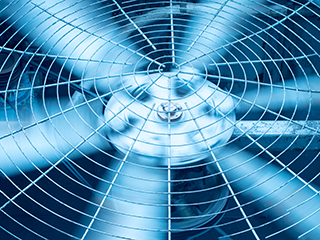 As an HVAC installer, you work hard to provide quality products and service to your customers. Part of providing superior service includes informing your customers of all known risks to their system, including harmful undervoltage and overvoltage events caused by power surges and natural voltage fluctuations. Such events can cause catastrophic damage to HVAC systems, leading to costly repairs and diminished customer confidence.

Voltage monitoring and surge protection solutions are a proven way to protect HVAC systems against electrical dangers. If you are not already offering these solutions to your HVAC customers, here are 3 reasons why you should:

Do You Know How Much of Your Power Budget You're Using? 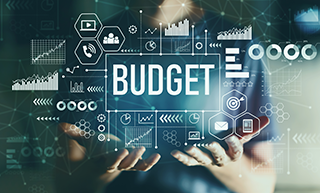 Integrators and end users love Power over Ethernet (PoE) devices for their cost and time saving benefits as well as their ease of use. By delivering power and data over the same Ethernet cable, PoE devices can easily be connected, disconnected, and moved without the need for extensive cabling or electrical work. From IP cameras to access control systems and beyond, PoE is now the go-to solution for locations where power outlets or network connections are hard to come by.

The low-voltage install of PoE devices is further simplified by PoE switches, which provide power to peripheral devices via a number of ports. But these switches are limited in the power output available to each PoE port and the switch as a whole. For this reason, knowing how much of your PoE power budget you are using is essential before starting any new project. 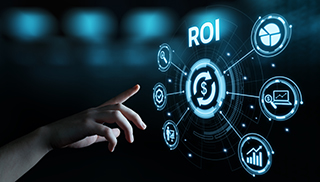 These days it can seem as if budget is the primary planning consideration for customers purchasing or upgrading electrical and HVAC systems. Organizations of all kinds are watching costs more carefully than ever, and cutting back where they feel expenditures are not absolutely necessary.

However, customers who are reluctant to add costs to a Bill of Materials (BOM) will think differently about additional products when they are shown how they deliver a positive Return on Investment (ROI).
Surge protective devices are an excellent example of this. Making a case for the need to add surge protection is not difficult – and when the ROI is shown, it becomes an easy way to satisfy your customer while increasing your own revenues. The discussion quickly moves from the cost of surge protection to realizing a return on investment by protecting electrical and HVAC systems from damage caused by power surges.

Power disruptions are an expensive risk

You can make a compelling case beginning with the fact that the cost of power disruptions has risen sharply over the last several years. A 2018 study reported the total U.S. cost of sustained power interruptions at $44 billion per year (2015), a 25% increase since 2002. The majority of costs (70%) were suffered by commercial sector customers; the industrial sector accounted for 27% of the total cost.

Understanding the Importance of Surge Protection to Boost Sales 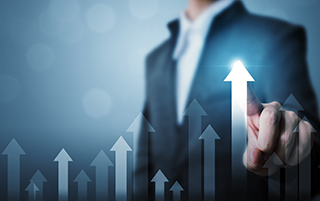 In distributor and retail settings, sales are made one of two ways: passively or actively. In a passive sale, a customer comes in knowing exactly what item they want and purchases the product with no questions asked. Active selling requires counter sales, inside and outside salespeople, and even branch managers to actively assist their customers in finding the solution they need. The goal in active selling is to explain the benefits and importance of a product while appearing knowledgeable, so the customer is confident that they are making a good purchase decision. But before active selling can happen, the people doing the selling must first understand why a product is important or necessary so they can properly convey these benefits to their customer.

Case in point, surge protection has long been treated as an add-on or a “nice to have” for electrical systems and is therefore often overlooked. If the importance of surge protection was properly understood by low voltage, HVAC, and electrical supply professionals, active selling could take place. Surge protective devices (SPDs) should be seen as a must have for electronic system installs, leading to more sales and happier customers.

How to Protect Electronics from an Aging Power Grid

A recent federal initiative to improve America's aging infrastructure offers a glimmer of hope for a national electrical grid that a University of Pennsylvania lecturer once described as "a third-world electricity system."1 More than 3,100 electrical energy providers serve nearly 150 million customers in the contiguous 48 states.2 The grid switching required to meet shifts in demand makes the entire system vulnerable to electrical power disruptions, surges, and spikes.

Because much of the electrical distribution system is outdoors, environmental disruptions also play a role. These include direct and indirect lightning activity, wind-induced contacts with trees and vegetation, and downed poles from car accidents or rockslides. For example, in 2003, an unexpected contact between a distribution line and a tree resulted in a total blackout of Southeastern Canada and eight Northeastern states.3 Fortunately most disruptions aren't nearly as severe.

How DITEK has maintained production levels despite supply chain crisis 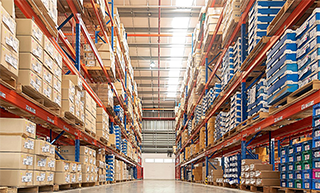 Whether you're a manufacturer, installer, or end user, it's no secret that there is a global supply chain crisis underway as the world gradually emerges from the effects of the COVID-19 pandemic. This is due, in part, to disruptions in the global production of semiconductors and other electronic components, as well as labor shortages and rising shipping costs. Suppliers of raw materials and OEM parts are still trying to catch up, and manufacturers accustomed to only keeping a few months' worth of parts in inventory have felt the pinch. The lack of key electronic components in particular has limited companies from maintaining production of the vital technology their customers need.

Despite these global hardships, DITEK's production is as strong as ever. Because of our strategic planning and the smart inventory practices we have always followed, we have maintained a healthy supply of raw materials and components.

We have been able to manufacture our wide selection of surge protection devices (SPDs) without interruption. And because DITEK's surge protection solutions are made in the USA, in Tampa, FL, they are not impacted by the global procurement crisis. Our customers don't have to worry about their SPDs getting stuck in transit at an overseas port. 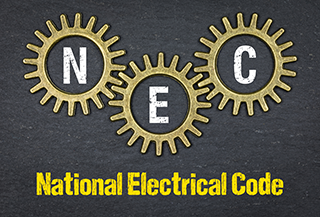 The National Fire Protection Association (NFPA) is a non-profit organization that publishes over 300 consensus codes and standards meant to reduce the risk of fire and other hazards in residential, commercial, and industrial facilities around the world. Each code contains the acronym NFPA followed by a number. NFPA 70® is the National Electrical Code® (NEC®) and sets the standard for electrical safety in residential, commercial, and industrial environments.

First published in 1897, the NEC receives an update every three years, most recently in 2020, and can be viewed for free online. According to the NFPA, each update is the result of input from over 500 experts at national, state, and local levels, as well as members of the general public representing thousands of hours of meetings.

One of the significant additions to NEC 2020 are codes that now call for surge protection in residences. Article 230.67 stipulates that all electrical services to dwellings must have surge protection devices (SPDs) installed at or near the service entrance, and that SPDs "shall be an integral part of the service equipment or shall be located immediately adjacent thereto." 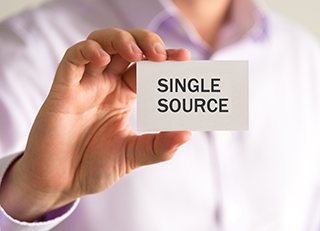 Power over Ethernet (PoE) is a revolutionary technology powering critical technology that keeps people and buildings safe. Over the last few years, PoE has become the go-to-choice for a host of networked devices, including IP security cameras, IP phones, and wireless access points. What makes it so popular is its ability to provide both data and DC power to devices through a single Ethernet cable.
The "plug-and-play" nature of PoE makes installation of remote equipment easy because it does not require any additional power cabling. This enables installers to place equipment in remote locations, away from any service panel or other power source.

However, PoE devices are just as vulnerable to the effects of power surges as any other type of electrical equipment. With PoE so commonplace, plenty of vendors can provide equipment necessary to install PoE-based networks. However, how many of them are experts in surge protection? Here's why that's important.

While it's common knowledge that lighting strikes can cause a momentary—but dangerous— surge in voltage, weather is only responsible for a small percentage of actual surge events. Most are the result of technology, including fluctuations in local electrical grids or powerful motors found in HVAC equipment or heavy machinery cycling on or off inside a building. 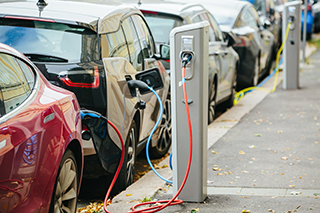 That's an ambitious goal, given that over 30 percent of charging stations reside in one state—California, which leads the nation in EV sales. Other states with strong EV sales include Florida, Texas, and Washington.2

Big hopes for EV boom
While the EV revolution has been slow to arrive in other parts of the nation, experts predict a rapid increase in BEVs and PHEVs sales as prices gradually fall and major manufacturers, including Ford and General Motors, ramp up production to catch industry leader Tesla. In 2020, BEVs and PHEVs represented slightly more than 2% of vehicle sales in the United States, totaling just over 295,000 vehicles. 3In order for EV adoption to occur at desired levels, the EV charging infrastructure must expand—and fast.

DITEK - A Legacy of Family, Philanthropy and Industry-Leading Products 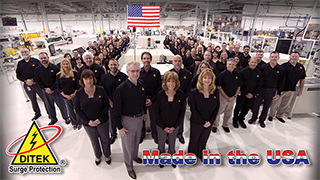 During the thirty years I led DITEK as founder and CEO, three guiding principles defined our company. First, treat each employee with respect. Second, only build the highest quality products. And third, never stop giving to your local community.

In addition to building a successful business our employees love, we’ve had the privilege of working with extraordinary charities in the Tampa Bay area. We've helped build schools, fund scholarships, and protect the families of first responders.

And to think, it all started at a Super Bowl party over forty years ago.

Long before DITEK was founded, I was in my late twenties traveling around the United States in the sporting goods industry. At a Super Bowl party in the late 1970s, I met an entrepreneur who was making surge protectors in his garage. The technology wasn't as sophisticated as what we make today, of course, but I was intrigued. He understood manufacturing and I knew sales, so it was a natural connection. We worked together to turn his garage operation into a nice business.